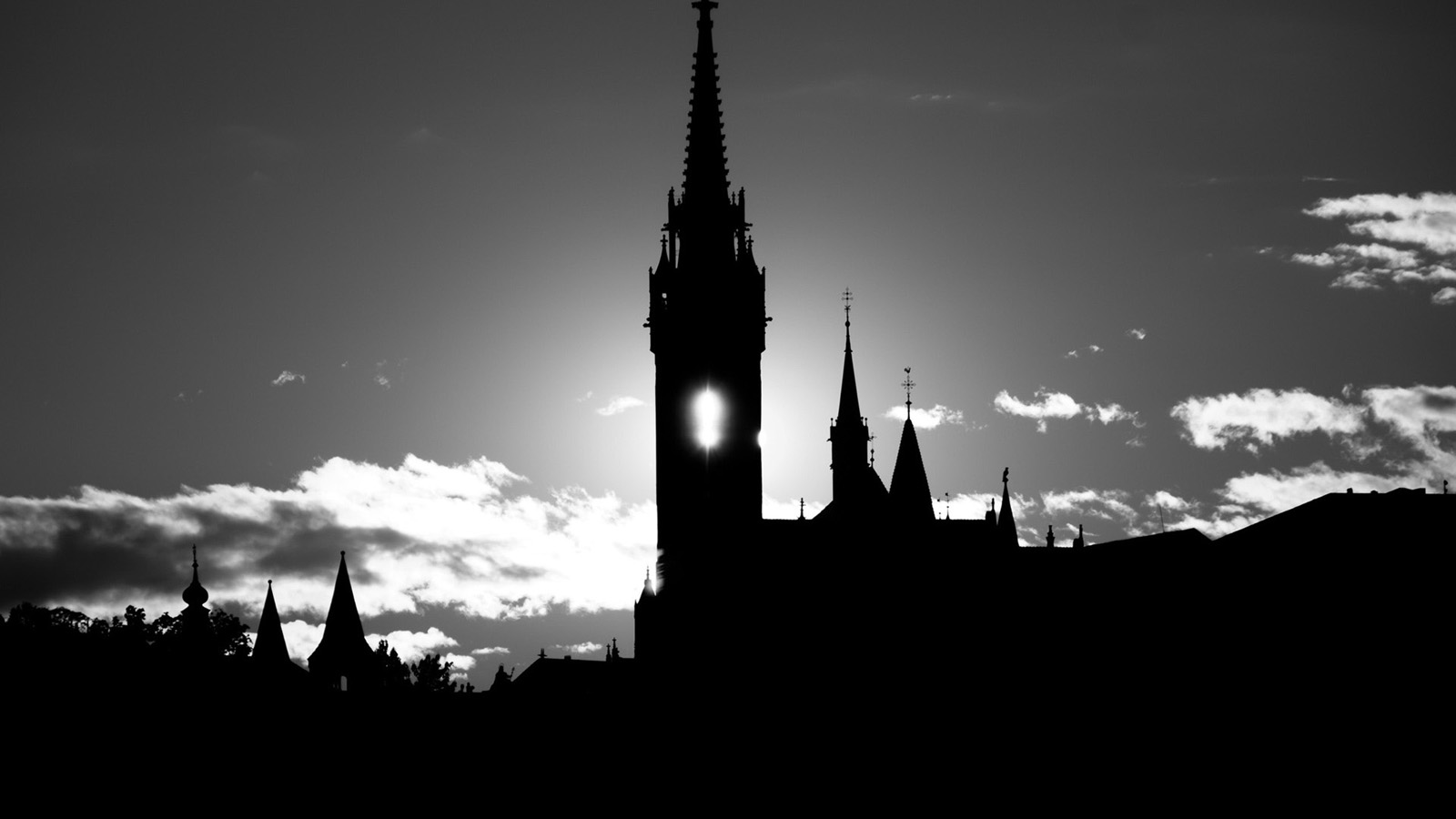 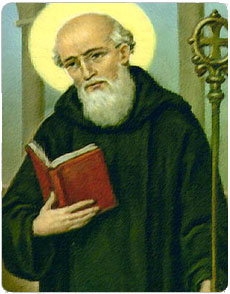 St. Benedict was born about 480 AD. in Norcia, in today's Italy, about 75 miles north of Rome. Our chief source of information about Benedict's life is from "the Dialogues"a late sixth century work by Pope St. Gregory the Great. Though the Dialogues are not "history" as we know it, they do tend to give us some details about Benedict that are regarded as accurate. Benedict was from a noble family and as a young man was sent to study in Rome. He was repulsed by the moral decadence he found there and so set off at the age of twenty for Enfide, a village thirty miles to the east of Rome. Later he travelled to the mountainous region of Subiaco where he lived in the solitude for three years. St. Gregory's Dialogues illustrate in stories the key aspects of Benedict's personality. The beginnings of Benedict's monastic life depict a young man who grows in spiritual maturity through a series of confrontations with temptation. Benedict emerges from these struggles, a victorious "Man of God" whose goodness becomes well known even from the isolation of his hermitage.

Benedict's close relationship with God is manifested through his gifts of miracles and prophecy and by God's constant protection. Benedict started twelve small communities of monks in the vicinity of Subiaco, before traveling fifty miles to the south to form a large monastic community, the famous Monte Cassino. Here he wrote "the Rule" for which he is known and revered throughout the world. Benedict died at Monte Cassino about 547 AD. His spirit, however, lives on in the lives of the men and women who have dedicated themselves to the following of his rule of life, to life in monastic community, to "prayer, study and work", and to the search for God.

The Order of St Benedict

Benedictines carry on a monastic tradition that stems from the origins of the Christian monastic movement. St. Benedict is one of the many Abbots who wrote a Rule for monasteries. At first it was one of a number of rules accepted by a particular monastery but later, especially through the promotional efforts of Charlemagne and his son Louis, it became the rule of choice for monasteries of Europe from the ninth century onwards. In this way, St. Benedict became the father of many monasteries that followed his rule and his spirituality and thus St. Benedict is venerated as the founder of the "Order of Saint Benedict".

Today, there are number of independent monasteries and Congregations in the Order. They are separate familiesguided by an Abbot or a Prior and eachhas its own administrative set up. While each monastery has its specific character depending on the time and place of its origin, there are more common characteristics that make them Benedictine Monasteries.In 1893, in an attempt at centralisation Pope Leo XIII directed the setting up of the Abbots' Congress, under the Abbot Primate, which meets in Rome every four years. The Abbot Primate is elected to a primacy of honour and resides at the Monastery of St. Anselm in Rome. Today there are more than twenty five Congregations within the Benedictine Confederation and Sylvestrine Benedictine Congregation is one of them.

The Life according to the Rule of St Benedict

Benedictines follow the Rule which St. Benedict wrote and accordingly they seekto live the Gospel in a radical way. They live in communities, committed to brotherhood by a promise of stability by the guidance of a superior to whom they promise obedience.The Opus Dei (the Divine Office), LectioDivina (prayerful reading of the Scriptures), solitary prayer, reading, study and work are all essential elements of the search for God in monastic life. Living in an atmosphere of silence, seeking to be constantly attentive to God's presence, the monks strive to create a harmonious balance between prayer, study and work.

Follow the link below to read the RB online